Intro to FOSS event at Madurai 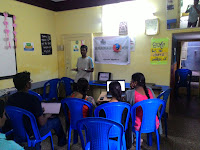 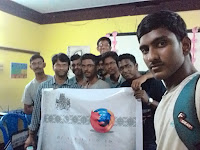 The first event I conducted after becoming a FSA is Introduction to FOSS and Mozilla at Madurai. It was held at Mozilla Community Space, Madurai. The event started at 10'o clock. Nearly 20 people were there, 16 boys and 4 girls. Half of the population had a knowledge about FSA. I started the event with introduction to free and open source software. I had some reference slides which I used to help people understand better. Then we discussed about some open source projects like linux, android and so on. Then I started talking about Mozilla, its motto and its open source features. It was more of an interactive session and the participants were eager to know more and ask doubts. Then there was explanation about Mozilla products. Then the Firefox Ambassador program was explained in detail, its various levels and other ways to contribute to Mozilla. After these, we have an interactive talk session on net neutrality, open web and site monopoly. After the lunch break, there was a Localization hands-on session by Mohammad Ammar. Ramki, Prasanth, Seshan and Senthil helped me a lot in conducting this event. The event was wound up around 5.30. We have planned to have another event on December 12th.
Posted by Gowtham Venkat at 7:25 AM